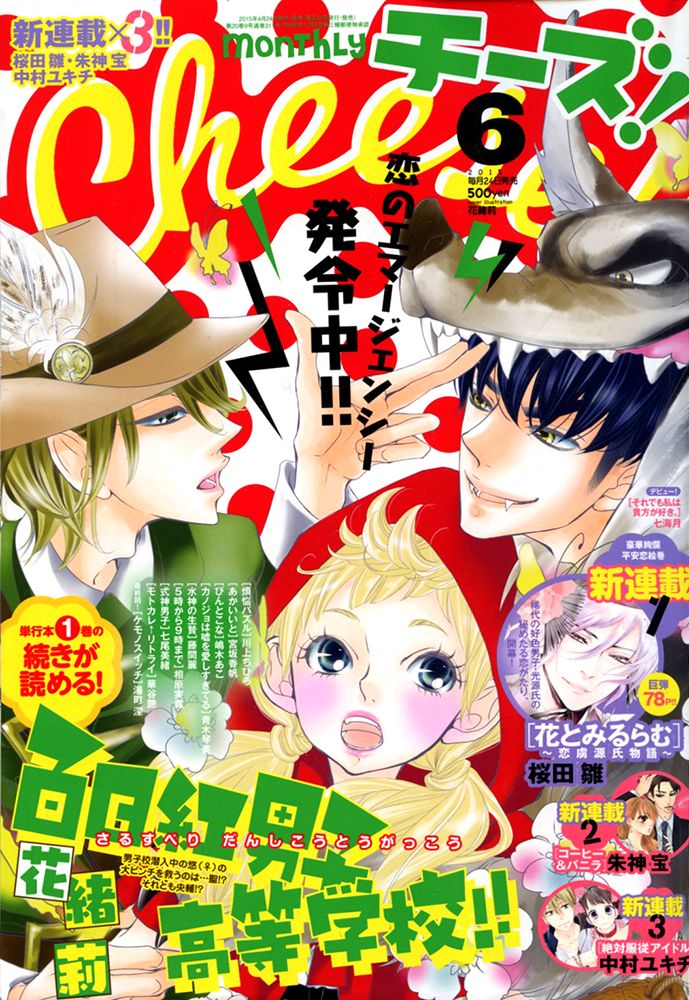 “Sarusuberi Danshi Koutou Gakkou” is on the cover of Cheese! Issue 6. There are 3 new series in this issue and one series that’s ending. 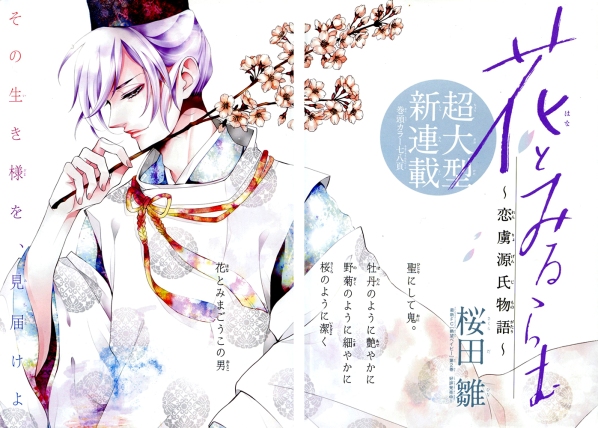 “Hana to Miruramu” by Hina Sakurada 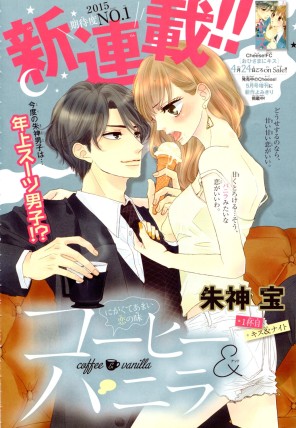 “Coffee and Vanilla” by Takara Akegami 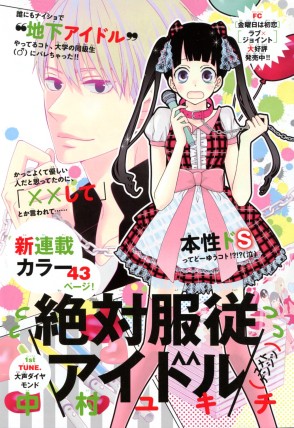 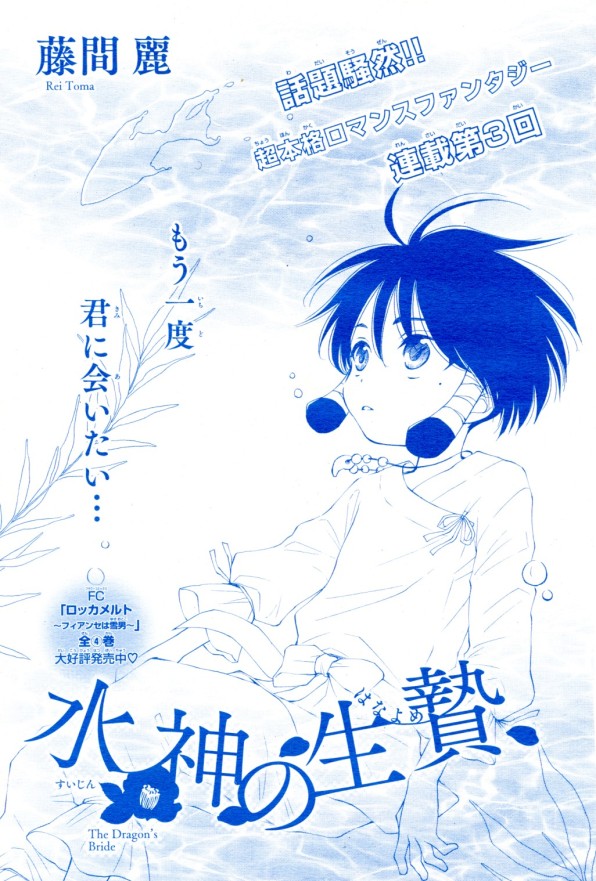 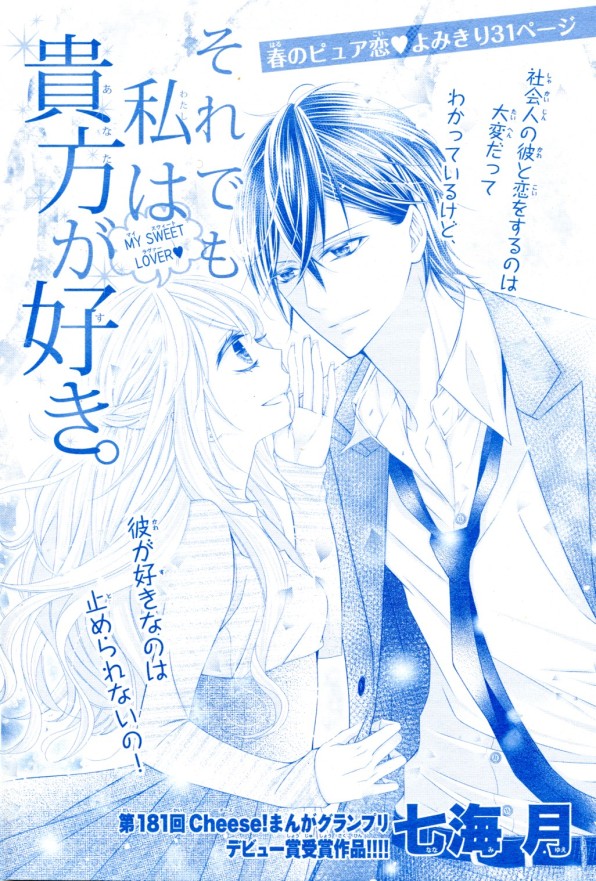 The other of the color page: 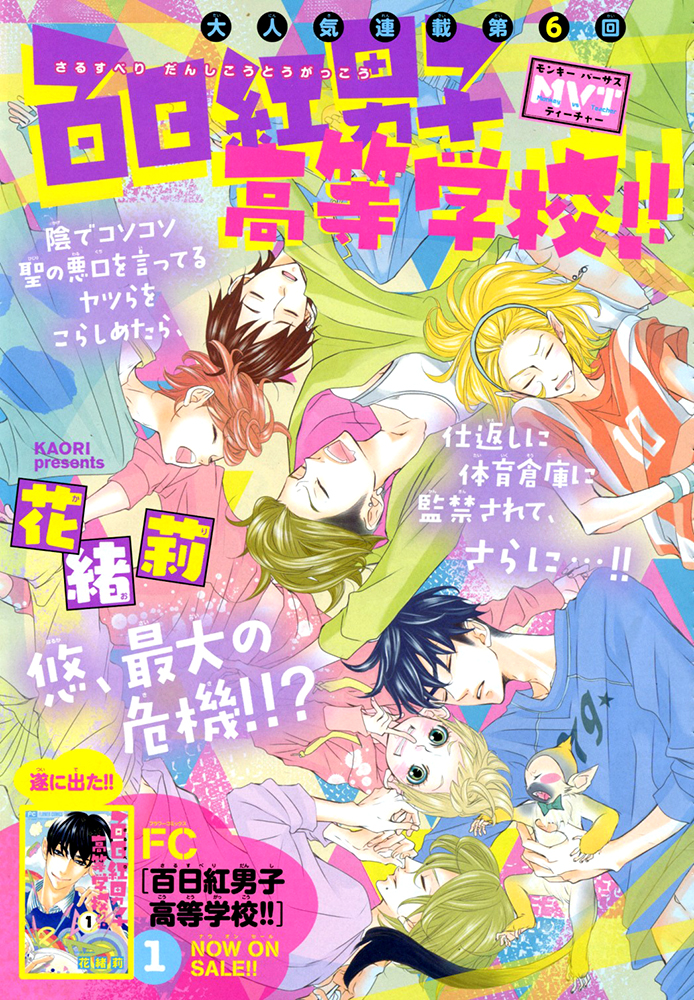 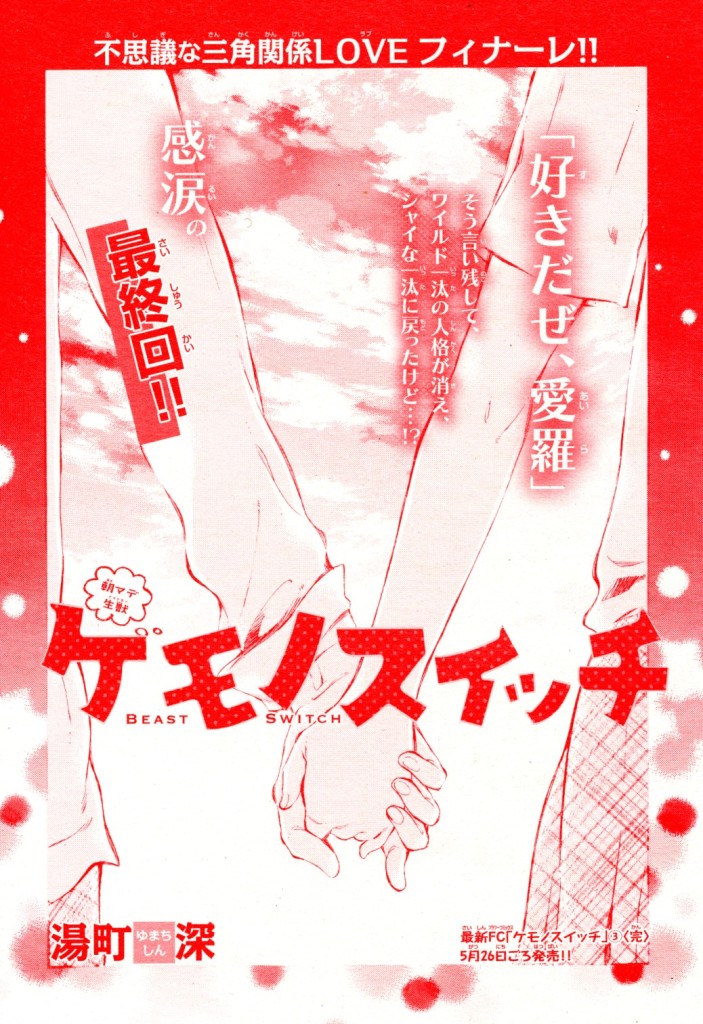 “Kemono Switch” has a total of 3 volumes.

And here is the index that lists the contents of the issue: 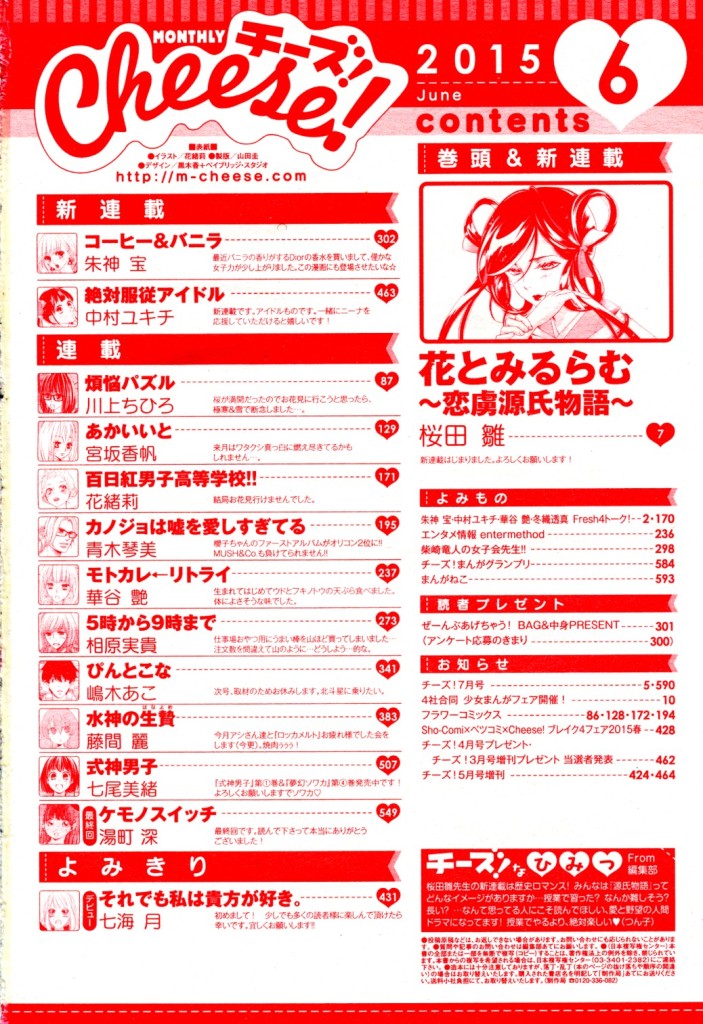