My Thoughts on “Seiten Kickoff” Chapter 1

It took me a long time to sort my thoughts before writing this post because there’s so much for me to like about the first chapter of “Seiten Kickoff”. I’ll start with my favorite things: nobody refers to Hayate as a tomboy, says Hayate isn’t cute, or acts like Hayate is in any way is undateable because she’s sporty. Hayate is Hayate and they all except her. I love the way Yuuto has no intention of changing Hayate or telling her to slow down. Rather he’s observant and quietly swoops in whenever Hayate needs support and he recognizes all the dedication and hardwork that makes Hayate awesome.  The mangaka let’s us see that Hayate’s sex appeal comes from her liking Yuuto and being liked by Yuuto. It’s the first time I’ve seen this in a shoujo manga.

The next thing that I love about this manga is how much personality is displayed from the illustrations of the characters alone. Yuuto is often drawn with his legs and arms folded, looking closed off and kinda uncomfortable. But you see when he’s in the infirmary that he’s got one hand out toward Hayate showing that he’s loosening up a little. And then there’s that wonderful scene after he and Hayate are playing soccer where Yuuto’s jacket and tie are off, his shirt loosened, and both his arms and legs opened. He looks relaxed and ready to be engaged. Hayate is always open and boldly moving and smiling. She “manspreads” when she sits and looks like she has a natural spring in her step. And then there’s the way they speak. Even when Hayate asks him to be less formal and polite, Yuuto is still very polite and careful and deliberate about what he says, while Hayate blurts whatever is on her mind out. The contrast between Hayate and Yuuto is magical. I really love seeing them together.

And then there are the soccer metaphors mixed in to give the play-by-play on the couple’s relationship, because it is a game at first after all. I like the way Yuuto handles Hayate. He understands her competitive nature and her drive to play soccer even though she’s not allowed to play in the games. He’s even plays upon Hayate’s competitive nature to win her heart.

I hope we learn more about Yuuto in the coming chapters. Why is he so restrained and if he got his life back from his parents, what does he want out of life other than Hayate? I have read chapter 2, so I know what happens there, and now I can’t wait until chapter 3 which won’t arrive until the end of October. That’s such a long wait!

And now here are some of my favorite scenes from the chapter. 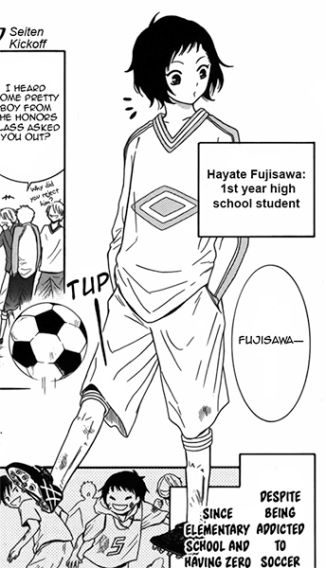 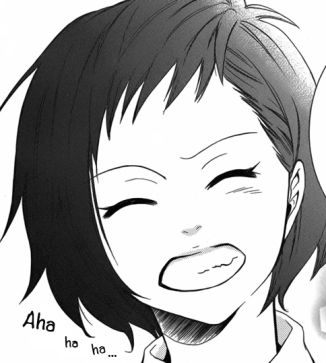 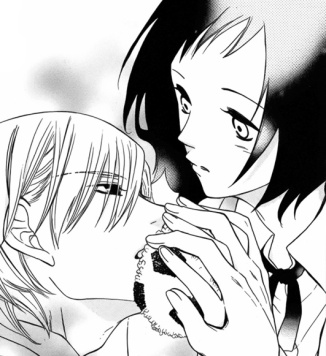 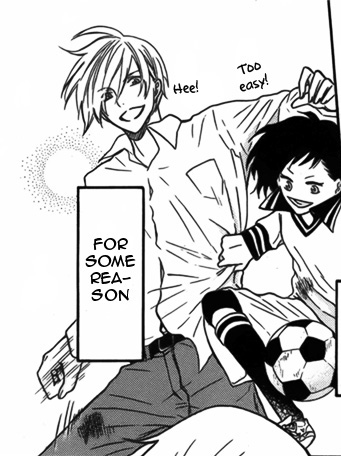 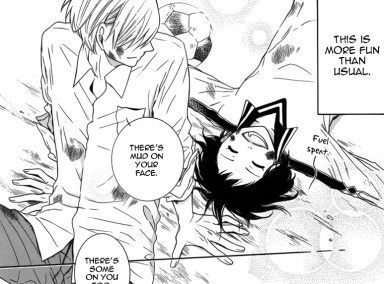