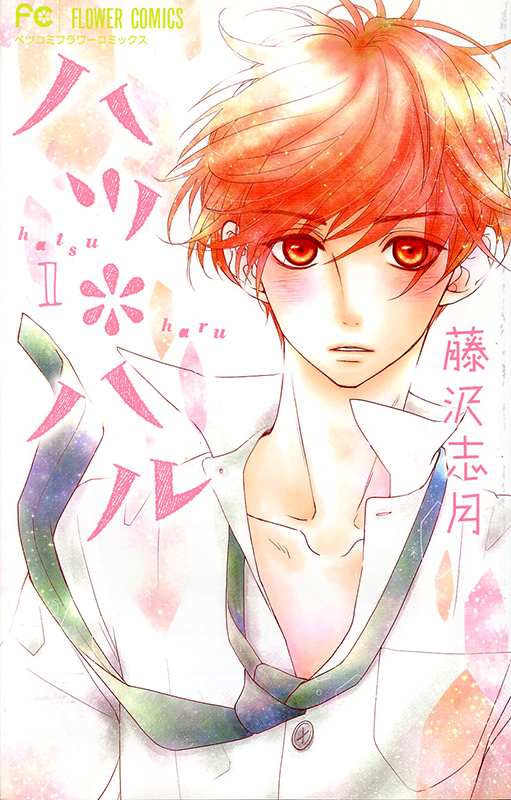 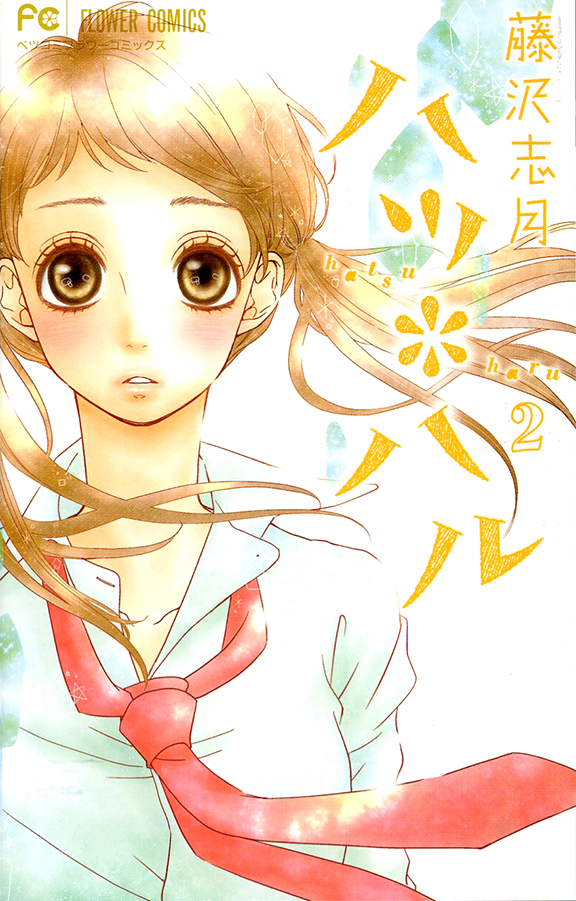 Synopsis:
Hot-boy legend-in-his-own mind serial heart-breaker Kai falls in love with violent-girl Riko Takanashi after finding out that’s she’s crushing on the homeroom teacher who also happens to be her childhood friend.

First Impressions:
This Kai kid really annoys me, but boy does this mangaka know how to make him look really cute.

Artwork — B: The covers of the first two volumes are appealing to me because I like the colors and the watercolory feel. The character eyes also are looking straight forward and honestly. The artwork inside is typical shoujo. It’s nice with lots of screentones and big-eyed characters. Even the adults have huge eyes which make them look strangely childlike. The main female character, Riko, suffers from toddler face even though she’s supposed to be 15. The male MC, Kai, is drawn lovingly. His eyes are highlighted with well defined eyelashes and his blushing face is precious. The panels are easy to follow and are mostly close ups of the characters faces as they emote. 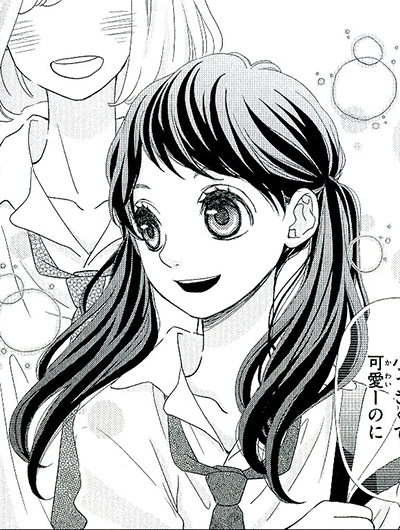 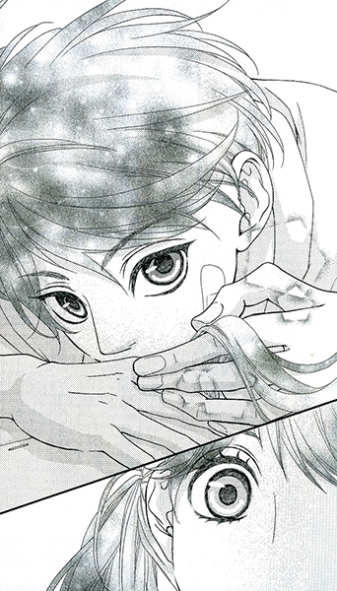 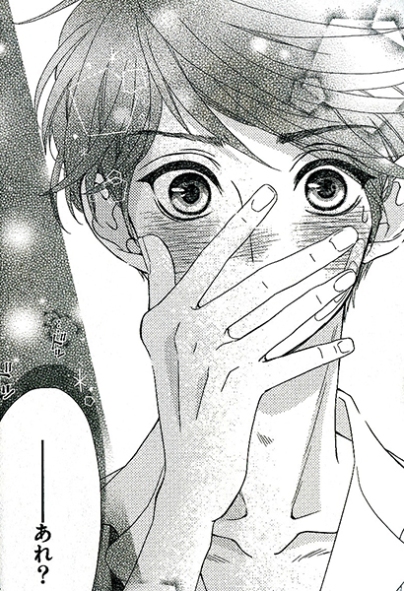 Presentation — B: There are no color pages and the presentation is typical of shoujo tankoubon. I like the dust cover illustrations a lot. The series spans both volumes, so there are no extras or oneshots at the end. The text size was large enough for me two read without the aid of a magnifier throughout and the mangaka’s handwriting is neat and legible.

Story — B: There isn’t much of a story here. It’s just a boy suffering a one-way crush on a girl he thinks is beyond of his reach. It’s thoroughly typical shoujo with the usual classmate-girl-teacher love triangle and the story takes place in typical shoujo settings like the school camping trip, the cultural festival, and a themepark. The settings actually mirror the settings in “Kageno Datte Seishunshitai”, but unlike Kageno, this series sticks to the usual shoujo plot lines and therefore ends up feeling like every other shoujo out there. What saved this series for me was the simple, clean, and heartfelt writing. Kai’s feelings of love sickness and determination are beautifully expressed and shows growth as he moves from objectifying girls to really liking a girl and indulging himself in being in love. This actually worries me with respect to translation. This story relies on language to set it apart, so in the hands of the wrong translator, this series could come out as another typical trite shoujo full of bad slang and flat word choice.

As for the characters, Kai’s initial swagger was off putting, while I found Riko’s ferocity while protecting her friends and her own heart refreshing. She’s tough as nails, but she must be to protect a soft middle. I began to like Kai a lot after all the hot air in his ego was stomped out of him and he quit being a pig. Lovesick boys suffering is delightful and will hook me every time. 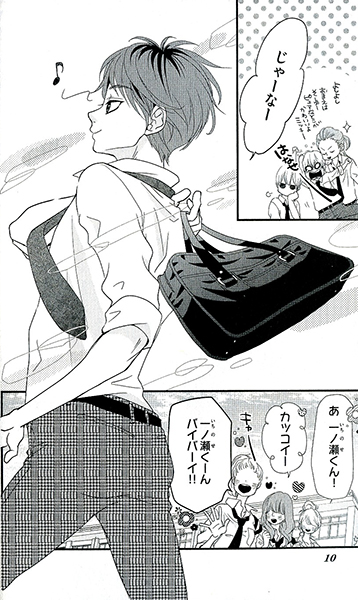 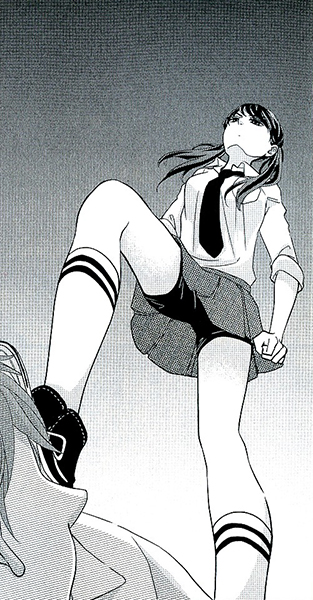 Readability — Easy: I was able to read this without consulting my Japanese to English dictionary. Since the story follows a strict shoujo formulation, the dialog and narration can be easily extrapolated. There is furigana and the mangaka’s handwriting is neat so it’s not hard to make out the kanjis. The sentences are are simple. There are no run-on sentences to get lost in. This is a good manga for an intermediate Japanese learner.

Overall — B: This series is well-written typical shoujo. It would make a great starter shoujo and at the same time satisfy veteran shoujo readers who love to see their favorite troupes played with nice writing and super cute characters. This is a series that I would like to see licensed with tween and teen readers in mind.