Highlights from Hana to Yume Issue 3/2015 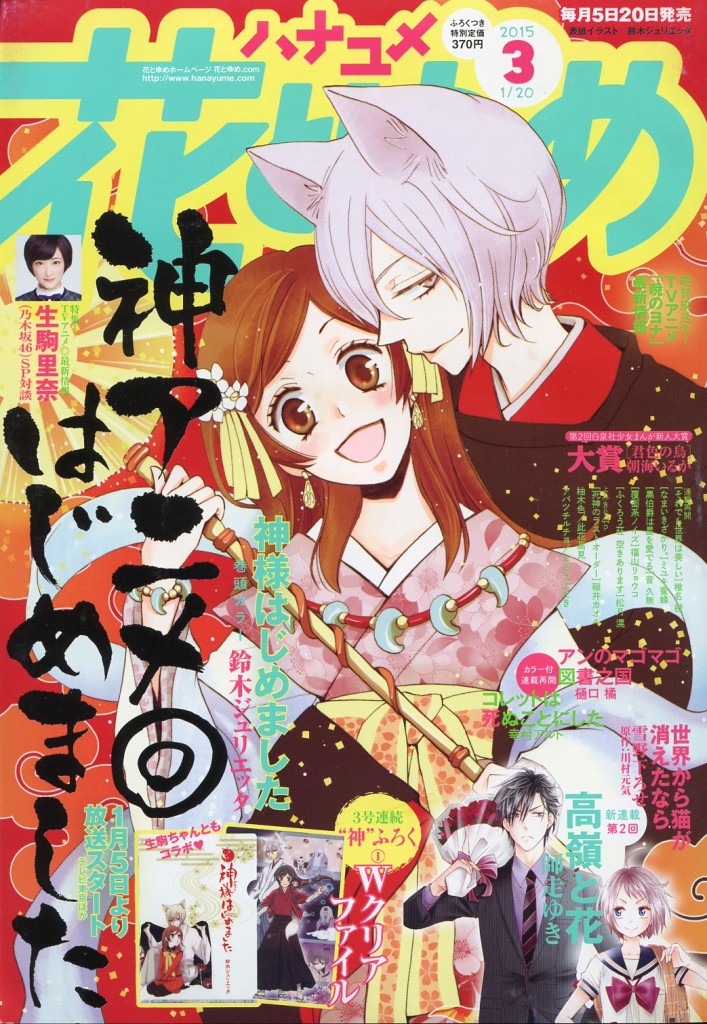 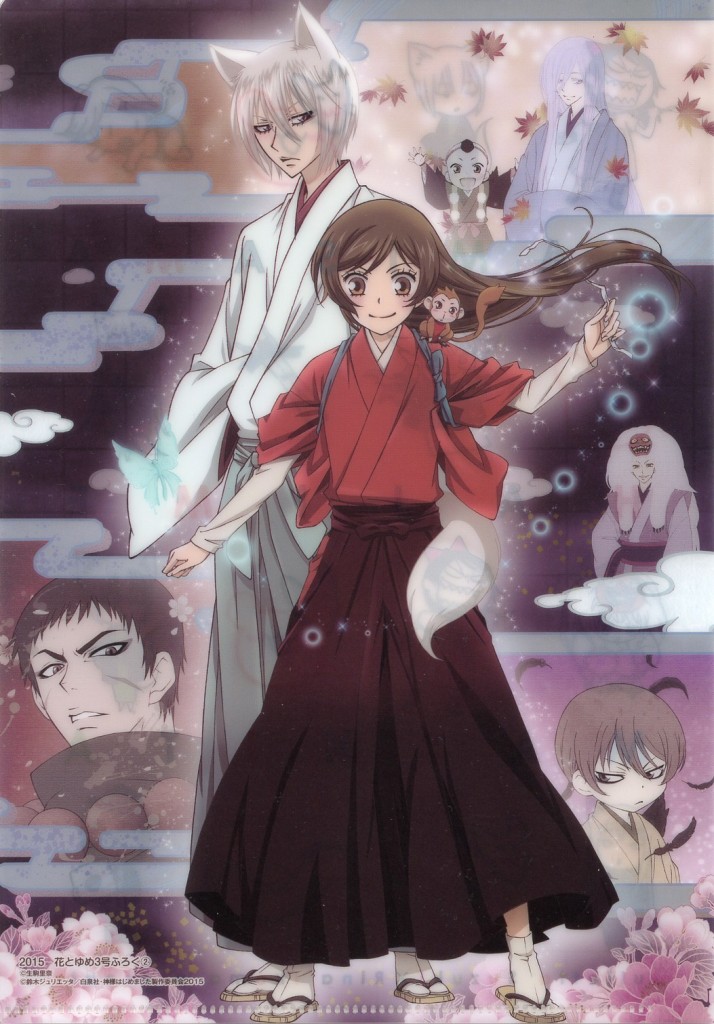 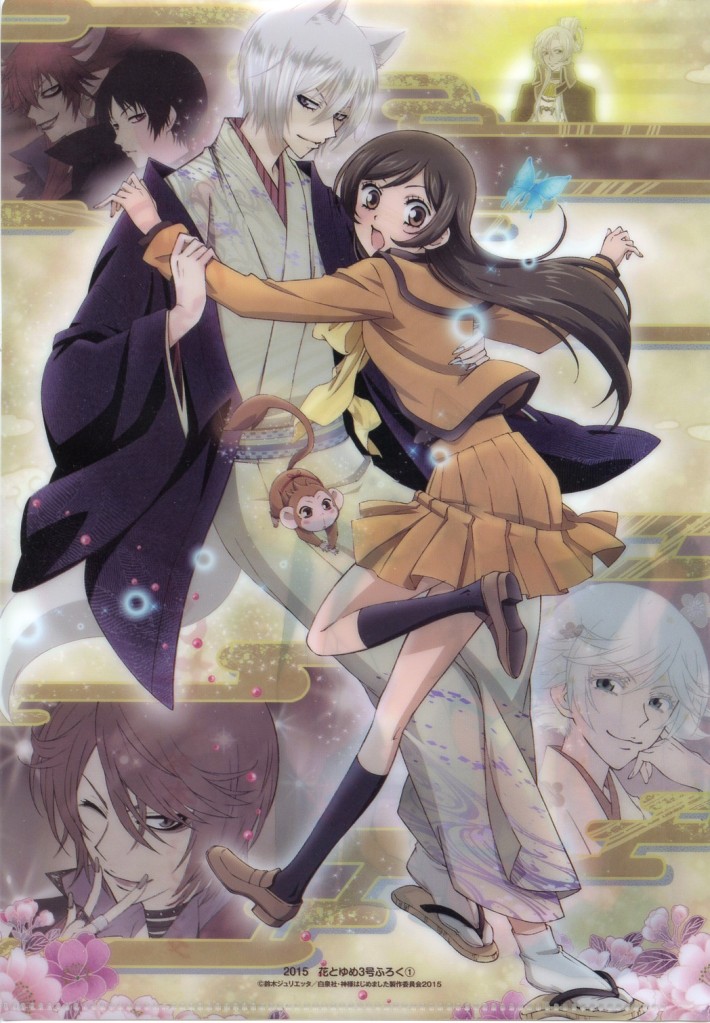 Here is the index that lists the contents of this issue.

I read two of the oneshots from the issue.

“Kimiiro no Tori” by Asami Iruka

“Shinigami no Last Order” is an irregularly published set stories in which a Death God gives those who are about to die their desired last meal. This is the third story in the collection. This story centers around a young man named Isami who’s appetite can not be satisfied. In flashbacks we see that his parents were never home, so he always ate fast food and acted up at school. Eventually his parents gave up on him and kicked him out of their house. They told him of their decision at a donut shop he always wanted to eat at with his family. After that, nothing the boy ate satisfied him. Skipping forward to the present, Isami is robbing rich college students on the streets. He has a little girl neighbor, Kurumi, who’s parents are also not around. The shinigami comes and gives Isami his last meal, a family pack of donuts from that shop. Isami and the little girl bond — the girl recognizing that she an Isami are the same. Meanwhile there’s a serial killer prowling the neighborhood that’s murdering children. Isami saves Kurumi from the serial killer, but gets stabbed while doing so. However Isami doesn’t die and it’s past the time the shinigami said he’d die. The shinigami doesn’t know what happened really, but speculates since Isami didn’t eat the donuts, he didn’t die. At the end, Isami and Kurumi enjoy the family pack of donuts together.

Mini Review — So far I’ve been very impressed with all of the “Shinigami no Last Order” stories. Hopefully at least one more story will be published so there’s material for book. The artwork and the character designs are are very pleasing. The pages weren’t overwhelmed with decorative screentones and gratuitous sound effects. The storytelling is quite nice. I like the straightforwardly written script and the flashbacks were nicely weaved into the story to give a complete story in very few pages. In the 8 years that I’ve been reading Hana to Yume, this is my favorite set of short stories. もう一度お願いします！

“Kimiiro no Tori” (“A Bird the Same Color as You”) is about a young lady named Tiana who has rare blue hair which marks her as a person who can grant wishes. Her father abandoned her and she now lives with an Earl’s daughter named Liz. People pay tributes to Tiana in order to get her to grant their wishes. There’s a rich young man who lives down the street who wants to marry Tiana so he can control her power. There’s another young man name Rai who’s poor and says he’s in love with Tiana. Every time Rai meets up with Tiana, he gives her small blue colored gifts, but Tiana hates blue because she resents her power. Tiana has come to understand although she has the power to grant wishes, she has no power over her own life. Eventually the poor young man admits that he to really want hers to heal is sick little sister, but he has no money for a tribute. In the end, Tiana cuts her hair short to test his love.

Mini Review — The artwork could become to my liking with some refinement. As of now, some of the facial expressions are a bit extreme and end up looking scary instead of conveying laughing with joy or crying. I liked the premise of the story, but I didn’t like the mangaka’s writing style and Tiana’s backstory was confusing. Still I feel this mangaka has potential, so I look forward to her next work. 次は頑張って

Here are the color pages from the magazine and the frontis page from “Takane & Hana” because I’m interested in this series. 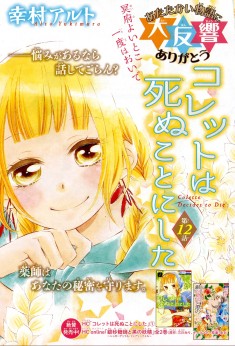 And lastly here are the previews for Issue 4. 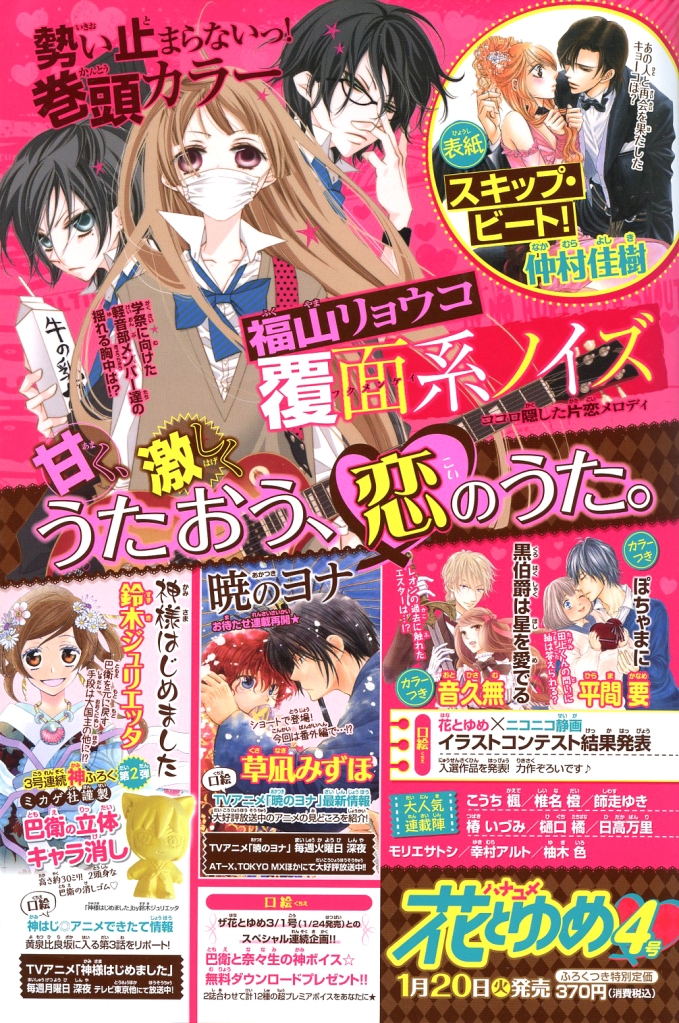