“Kimi ni Todoke” is on the cover of the February issue of Betsuma. The first furoku is a set of 6 postcards from “Ao Haru Ride” and “Strobe Edge”. Here’s what they look like: 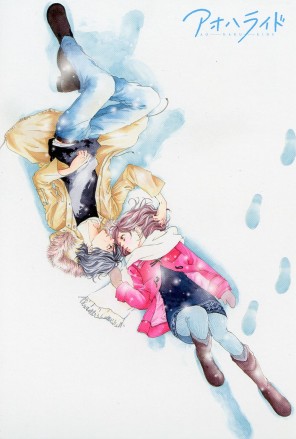 The second furoku is Moi Volume 12.

It features two long-form oneshots and two short gag manga. Both oneshots look interesting, so I will give them a read later.

Here the color frontis pages in this issue. 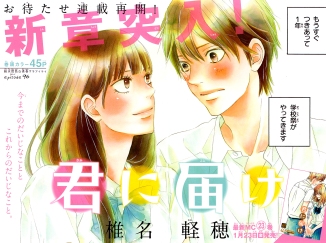 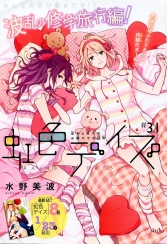 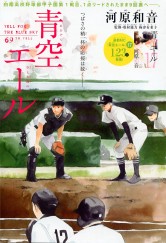 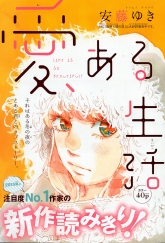 Here are the contents I read. 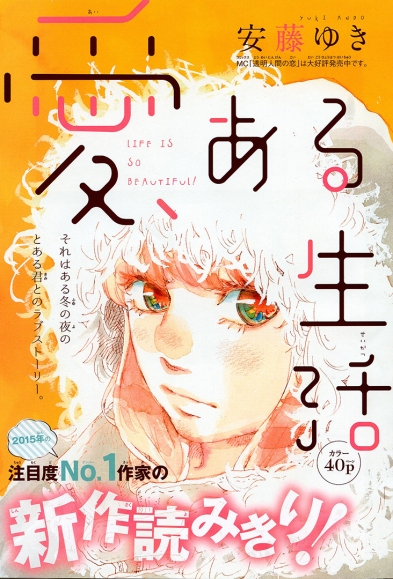 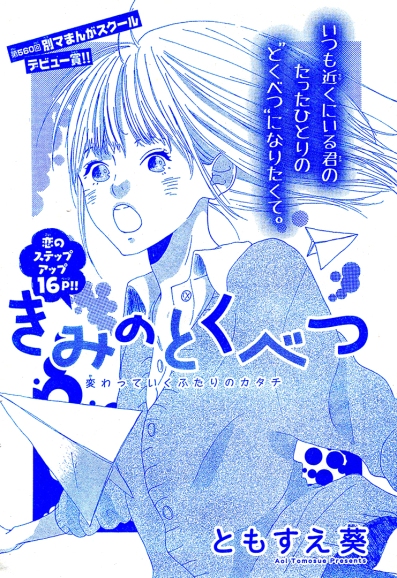 I tweeted a summary of “Sora wo Kakeru Yodaka”. Here is a PDF of the session. Start from the end of the PDF and work your way up. There’s a correction: Mao is the guy stuck in the female’s body. What a nasty cliffhanger! One month seems too far away! This series continues to be one of my new favorite series.

Summary: Matsui is a high school student who has a habit of taking in stray animals. Matsui lives alone because she decided to stay with her pets and plants rather than move abroad with her parents. One night, she sees one of her classmates, Mishima, sleeping in a public park and decides to take him in. Mishima says he ran away from home because of a “pudding incident” involving his younger sister.  Matsui worries about complications with Mashima, but he says not to worry because he doesn’t see her as a female. A one-night stay turns into a week, and during which Mashima cooks for Matsui and the two spend time together doing ordinary life activities like watching TV and caring for pets. Finally, Mishima’s sister meets up with Matsui and asks her to convince Mishima to come home. It turns out that Mishima’s mother died when he was young and his father remarried another woman who gave birth to Mishima’s younger half-sister. Mishima’s stepmother was cold to him, so he tried to do what he could to please her, only to have her take advantage of him. This wore Mishima out and led him to run away from home. Matsui convinces Mishima to either go home or formally leave his family, and then says that he can come to her house for a break and to spoil her with his care anytime. He takes this as a confession (which it is), but Matsui says her love is motherly, after which Mishima reminds her that she easily let a strange man into her house. He then kisses her, proving Matsui wrong about her love, and tells her that he’s coming back soon and not let any other men into her house. The End.

Mini-review: This was a really good oneshot. The pacing was good and Matsui and Mishima are likable characters. Matsui seems like an awkward loner, so it’s easy to sympathize with her. Mishima is cheerful, but we clearly see the hurt that cheerfulness is masking. I like Matsui’s character design.

She’s not the typical “cute” shoujo heroine. She looks like “one of us” without being stereotypically nerdy. Story, characters, and artwork are all there. Overall I’d say this is a solid oneshot that’s very much worth reading. “おつかれさまでした”

Summary: Akari’s friend tells her that she and her friend Ishimoto don’t look like boyfriend and girlfriend. The friend advises Akari to act more mature and not to horse around in response to Ishimoto. Akari tries to act mature and fails. Of course it doesn’t matter since Ishimoto already likes Akari.

Mini-review: I got tired of this short 16-page oneshot at page 5. There’s no tension because we know Ishimoto already likes Akari and Akari’s fails at being mature aren’t very creative or funny. Also, the artwork is not to my liking. 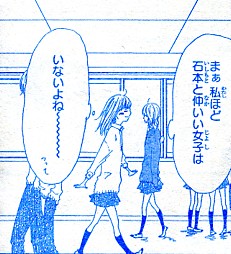 The limb proportions are all over the place. Overall this is very typical shoujo with very typical shoujo storytelling execution and bad artwork. The mangaka tried, but compared to other debut works I’ve read, this one is weak. It’s gets a “次は頑張ってください”.

Here are the advertisements for January tankoubon releases: 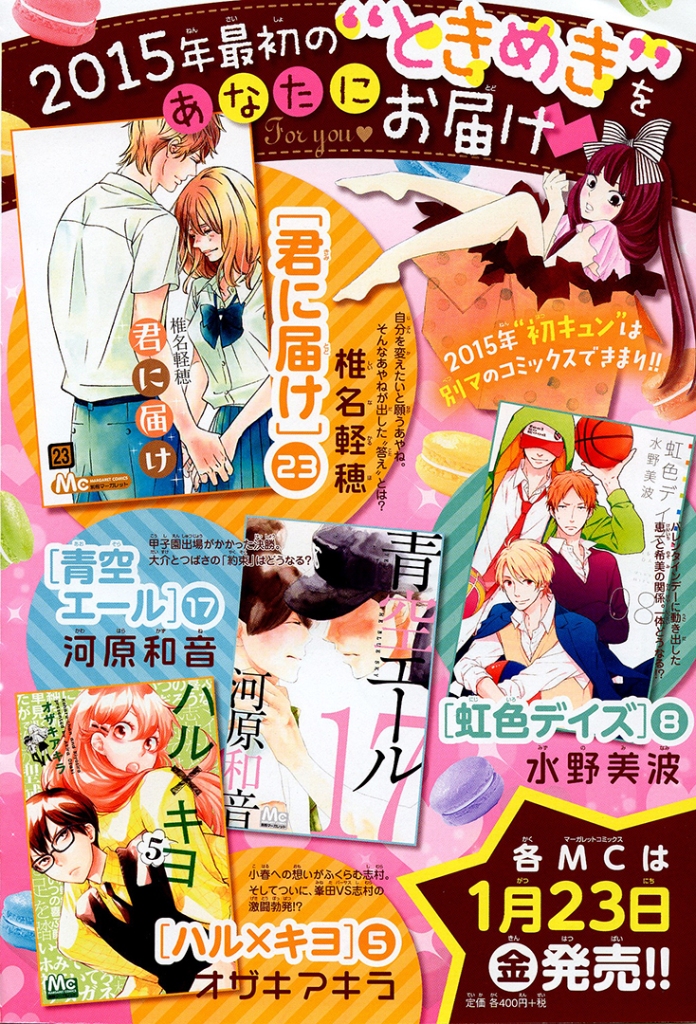 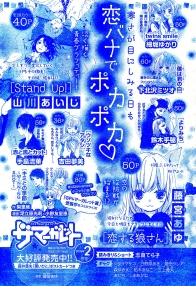